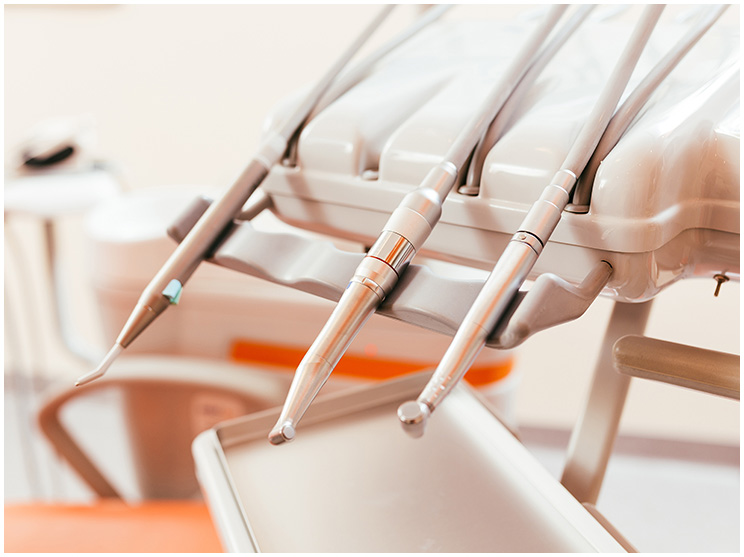 Science in the News

March 01, 2012 In a recent case report in The Lancet, an 82-year-old Italian woman’s death from Legionnaires’ disease was attributed to infection with Legionella bacteria from a contaminated dental unit waterline.1 The case is likely the first documented incidence of Legionnaires’ disease (the pneumonic form of legionellosis) that has been directly associated with dental unit waterlines. The report drew online news coverage from ABC News2 and other agencies.

In February 2011, the woman was admitted to an intensive care unit in Forli, Italy, with fever and respiratory complications. At the time of initial hospitalization, she was conscious, responsive and had no underlying disease, but her urinary antigen test was positive for Legionella pneumophila, the organism responsible for Legionnaires’ disease. A chest x-ray showed regions of lung tissue consolidation, and a respiratory specimen also tested positive for L. pneumophila. Despite immediate treatment with antibiotics, the woman developed rapid and irreversible septic shock and died within two days.

It is important to note that the incubation period for Legionnaires’ disease is typically between two and 10 days, and the Italian woman’s only exposure risk over that time period was leaving her home twice to visit her local dentist. To identify the potential source of Legionella exposure, an Italian research team performed microbiological testing of water samples from the woman’s home and her dentist’s cold-water tap, the tap to the dental waterlines, and the high-speed pump for the waterline. The woman’s home water samples (from shower and taps) tested negative for Legionella, but all three water samples from the dental office tested positive for the same rare strain of L. pneumophila that was recovered from the victim. In particular, the dentist’s high-speed pump was found to have the highest level of L. pneumophila contamination.

Legionnaires’ disease, also known as Legionella pneumonia, is a severe and potentially fatal respiratory illness associated with exposure to L. pneumophila, a gram-negative bacterium common to water systems. Legionella infection is not contracted through cuts or abrasions but through the respiratory tract, usually via inhalation of aerosolized water contaminated with L. pneumophila. Risk factors for Legionnaires’ disease include older age, smoking, and having a chronic underlying disease (e.g., diabetes, heart or lung disease).

Dental unit waterlines have long been recognized as a potential risk for exposure to Legionella, presumably through breathing aerosols or mists generated by water sources in the dental offices, such as high-speed handpieces. As noted in the Lancet case report, “[a]erosolised water from high-speed turbine instruments was most likely the source of the [Legionella] infection.”

The ADA encourages dentists to follow the recommendations presented in the Council on Scientific Affairs’ Statement on Dental Unit Waterlines which advises strict adherence to maintenance protocols to sustain the quality of dental unit water. Specifically, dental unit water must meet the EPA’s standard for safe drinking water quality (heterotrophic bacteria of less than 500 CFU/mL of drinking water), and one or more commercial devices and procedures designed to improve dental unit water quality should be employed. These commercially available options include the use of:

As noted in the case study, serological studies have demonstrated that dental office personnel have a higher seroprevalence of antibodies to L. pneumophila. To evaluate this further, the ADA Health Screening Program (HSP) has conducted investigations to determine if dentists are occupationally exposed to Legionella through breathing aerosols or mists generated with high-speed handpieces or other equipment. Unpublished annual HSP test results from 2002 through 2009 demonstrated wide fluctuations in dentists’ Legionella antibody seroprevalence, depending upon the location of the annual program. L. pneumophila antigen could not be detected in the dental unit water or home showerheads of dentists who were positive for L. pneumophila antibodies. Legionella bacteria are ubiquitous and often can be found wherever there is standing water. Further evaluation by HSP researchers will aim to determine if Legionella exposure is more a function of geographical location rather than an occupational exposure through dental practice.

Historically, the dental profession has maintained a solid record of patient and provider safety in infection control and adherence to standard precautions. The Italian case report is likely the first documented transmission of Legionnaires’ disease from exposure to Legionella pneumophila in a dental unit waterline. Dentists are strongly encouraged to employ and closely adhere to standard infection control procedures for all patients, as presented in the 2003 CDC Guidelines for Infection Control in Dental Health Care Settings.

About Science in the News

Science in the News is a service by the American Dental Association (ADA) to its members to present current information about science topics in the news. The ADA is a professional association of dentists committed to the public’s oral health, ethics, science and professional advancement; leading a unified profession through initiatives in advocacy, education, research and the development of standards. As a science-based organization, the ADA’s evaluation of the scientific evidence may change as more information becomes available. Your thoughts would be greatly appreciated.

Content on ADA.org is for informational purposes only, is neither intended to and does not establish a standard of care, and is not a substitute for professional judgment, advice, diagnosis, or treatment. ADA is not responsible for information on external websites linked to this website.